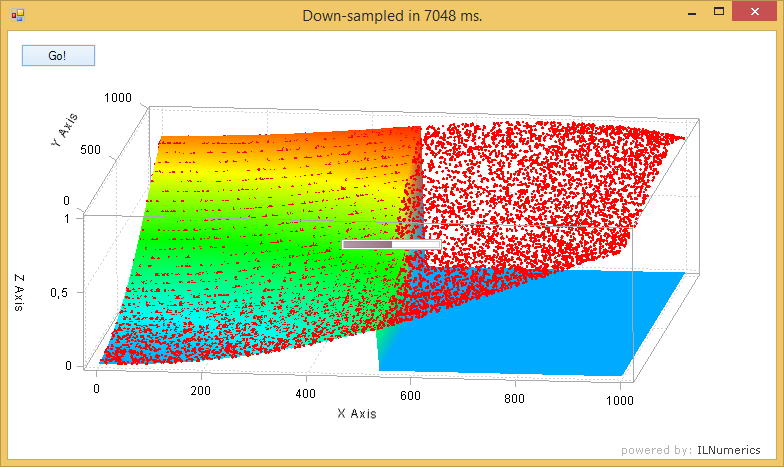 A scalable data fitter for large scattered data point clouds. Kriging interpolation is used to fit a surface to a given set of scattered (random) data points in 2D. Since too many data points (10000) are provided to be handled at once by kriging the set is split into multiple tiles. Each tile consists out of several grids and is computed individually by taking the source data points inside its region as well as some surrounding data points into account.

This example was made to show the interactive capabilities of ILNumerics Visualization Engine. It displays the state of the computation of the tiles continously: the resulting tiles are shown in the final surface while they are being computed. A simple progress bar (made out of ScreenObject) is constantly updated and shown to the user as an overlay of the scene. The computation is done in a background thread, utilizing C#'s async, await feature. Updates to the scene from a background thread are demonstrated as well as several options to manage the threads during the computations.

Watch a video on youtube which shows the example in action: video.