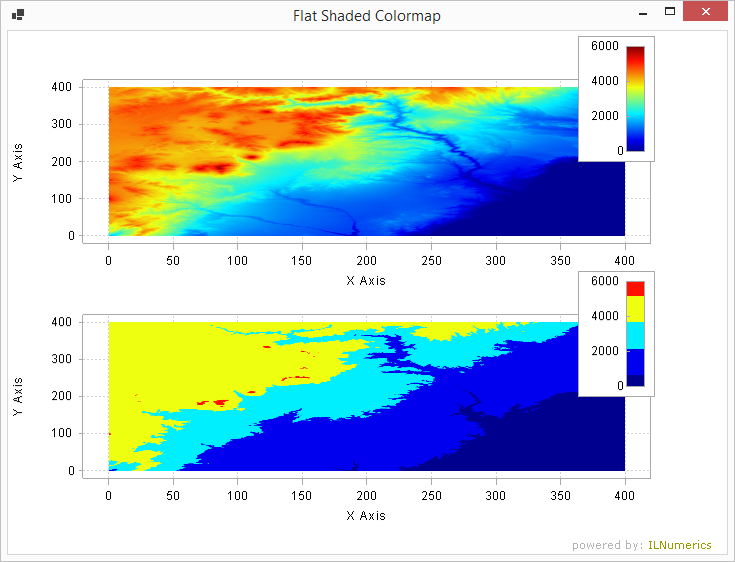 This example creates a colormap which can be used to simulate a flat shaded coloring. Keypoints from an existing colormap are used as a starting point. The keypoints are doubled in order to create flat areas in the colormap. The colormap is than used to color example terrain data in a surface plot. The example shows the surface based on the modified colormap as well as the same data colored with the original colormap. Both plots are arranged on the same panel for easier comparison. Colorbars are added to each surface which show the corresponding colormap.