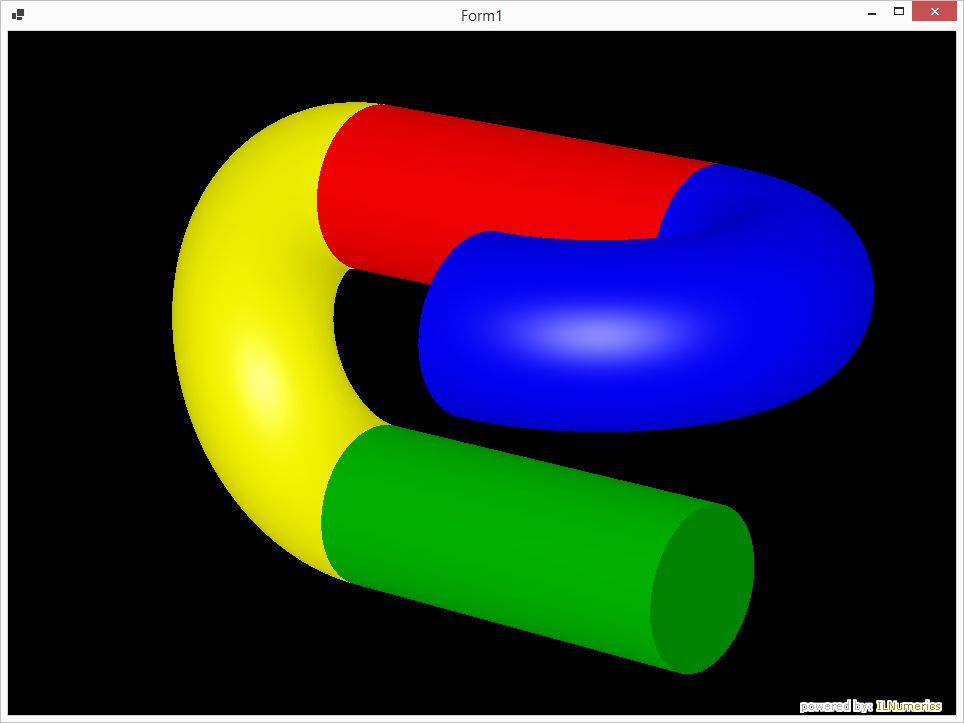 This example demonstrates how to assemble a scene out of individual shapes. It creates two 'pipes' from cylinder shapes and connects them with a connecting piece. Latter is realized via a surface object based on torus data. The torus utilizes a clipping plane in order to hide half of it. These preparations are reused for the second connecting piece in the scene by reusing the torus object, applying subsequent modifications to it's copy afterwards.

The scene is setup with minimal effort. Its goal is to demonstrate how to combine and configure individual shapes. Not to mimic a 3D CAD program.